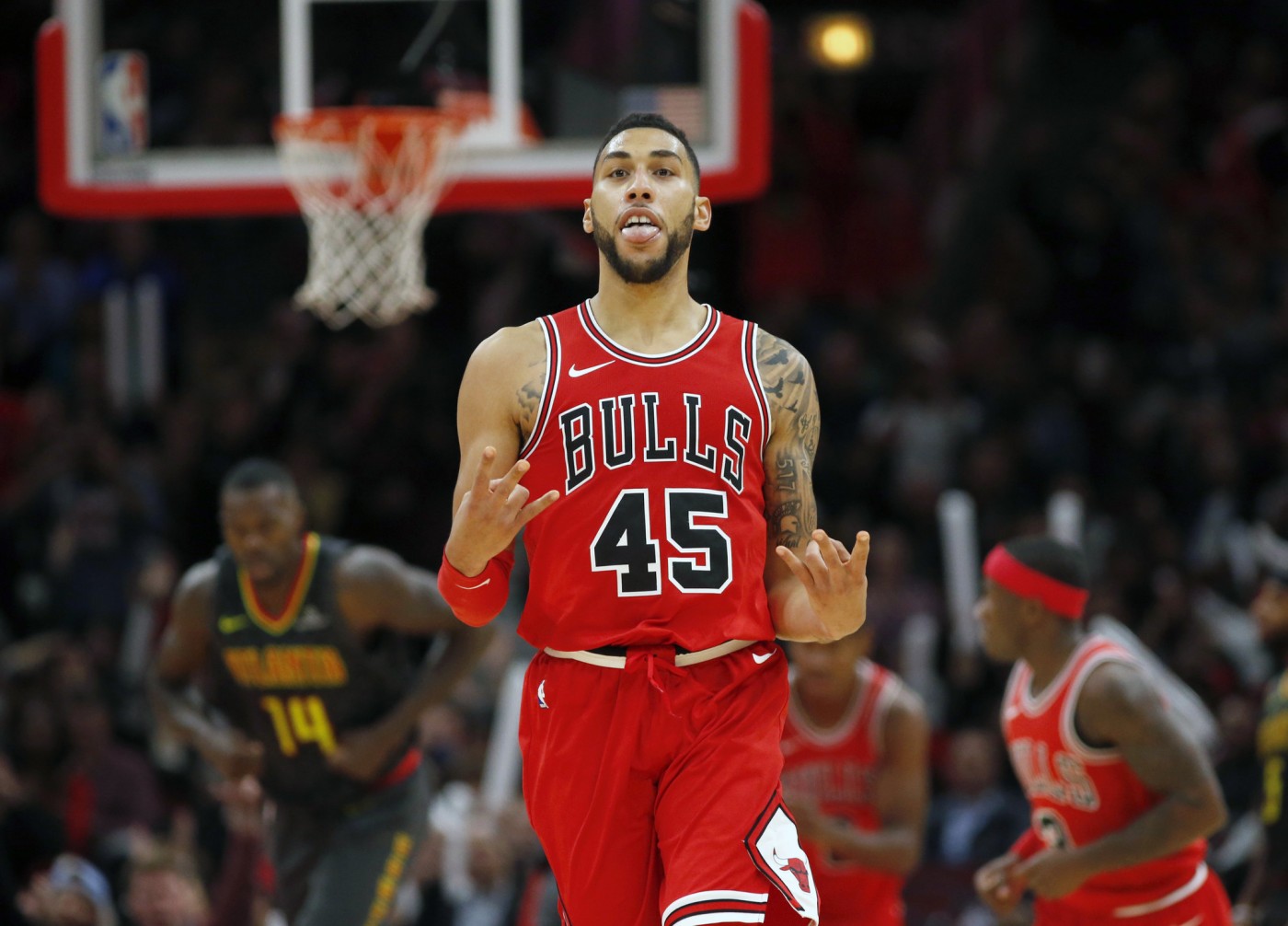 August 9, 2021 is a day I will remember forever. It was the day that the Chicago Bulls renounced the rights of Denzel Valentine and order was restored in the world and within the beautiful game of basketball that we all love.

Denzel Valentine, truly the flatbread of pizzas of NBA players. Topped with pineapple, anchovies, and a vertical jump that would make Zach Randolph blush, Denzel Valentine has given Bulls fans more than any of us could have wanted or deserved. He has the irrational confidence of Lance Stephenson mixed with Nick Young with a splash of Dane Cook on blow. He was constantly on a heat check despite never actually being hot. If nothing else, you have to admire his commitment to his shit craft. (*Denzel is not allowed in a Hobby Lobby or Michaels to this day as part of a defamation case). A career filled with injuries, less than league average 3 point % , and the inability to dunk a basketball, Valentine was another failed GarPax lottery pick. And that’s just his basketball skillset. His debut rap album “Made Me” has a robust 187 followers on Spotify and sounds like if Chingy had a baby with the 1-8777 Kars 4 Kids jingle. It’s the first album to ever go straight to Disc Replay. He’s the only person to see The Hangover 3 in theaters. You can probably tell, I’m not a fan. And I get it this is harsh, but Not to shit on the guy, he is awful at basketball and is easily in my top 5 most despised Bulls of all time and it’s not difficult to understand why…..

The year was 2016, and the Chicago Bulls were a fucking mess. After a tumultuous and simply pathetic 2015 campaign that saw the Bulls under achieve once more under Fred “my way or the highway” Hoiberg (despite having a roster with Derrick Rose, Jimmy Butler, Pau Gasol, Joakim Noah, Taj Gibson, Niko, Mike Dunleavy and crew), GARPAX declared a new era of flexibility and mediocrity. The promise and premise was that the Bulls would adapt around Butler and become “younger and more athletic.” After that absurd press conference and selling off Derrick Rose to the Knicks for Robin Lopez and the equivalent of a basketball queef in Jerian Grant, the Bulls did the complete opposite. They added Rajon Rondo, an over the hill and uninterested Dwyane Wade (otherwise known as the 3 Alphas dark ages) and then drafted Denzel Valentine, a 34 23 year old rookie with chronic knee problems and the inability to dunk a fucking basketball. Billed as a high IQ, playmaking wing with a lethal 3 point shot, Denzel was anything but. What he lacked in athleticism he would make up in craftiness. (Arrested Development Narrator: He didn’t). There were maybe? a few flashes here and there but Valentine looked overmatched as an NBA player from the jump. He couldn’t guard 2’s or 3’s and was boom or bust from 3 with no other means of scoring. He loved to dance, talk shit, and ignore defense but that’s what Bobby Portis was for! He perfectly summed up the GarPax era and was a perfect selection for their eye for talent.

When looking at his stats, there is not much that sticks out on the positive side. According to basketball reference, this pile of slop below was accumulated in his 4 years with the Bulls. I love how he never averaged more than 0.7 FTA or shot above 41% from the field! He was described as a 3 point shooting threat, with more than 60% of his field goals coming from 3, yet only connecting on 33% of those his final 2 years with the Bulls. That’s not good. His most famous positive moment as a Bulls came during Summer League when he hit a buzzer beating shot to crown the Bulls of 2016 Summer League Champs!

He danced a lot, he talked a lot, and he had swagger? in the same way that Jake Paul does, but he added nothing of value as a winning basketball player. I don’t even get mad at someone like Big Cris Felicio (he took the money that GarPax gave) but Denzel was over the top obnoxious and frustrating to watch as a Bulls fan. If he was a 9th man of a good team, maybe I care less. But he was the 14th pick (taken over Dejounte Murray, Pascal Siakam, Malik Beasley, and Caris Levert) and just sucked at every single facet of the game. There are times to be nice, this isn’t one of them. I will never fulled forgive Arturas Karnisovas for giving Denzel Valentine a qualifying offer last offseason (which was accepted in record time). Denzel was a selfish player and belongs in the pantheon of Bulls tragedies alongside Jabari Parker and Cam Payne (check the tapes for how awful he was). Once Denzel fell out of favor with Billy Donovan this past year (hard to do when the Bulls literally had ZERO wings), the writing was finally on the wall. The Denzel era was about to end.

There is one moment that perfectly embodies Denzel Valentine though……